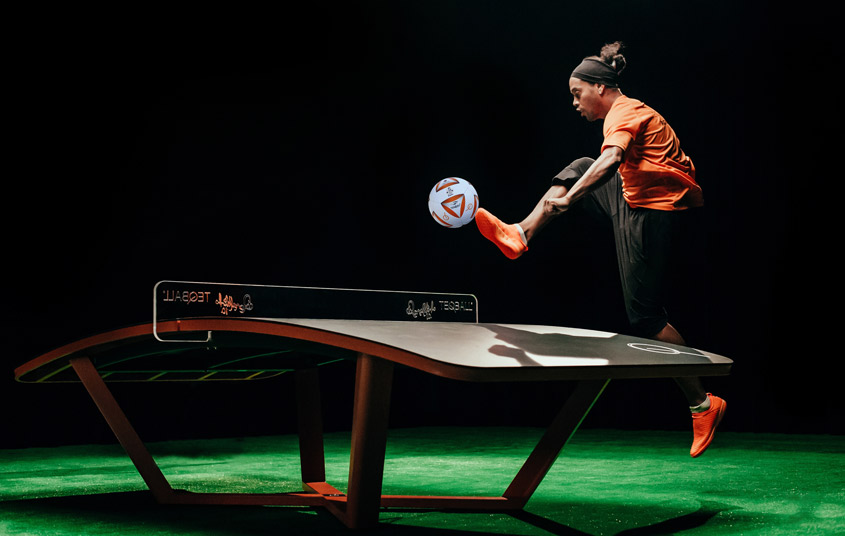 Created in 2012 in Hungary, Teqball is identified as a football-based sport which is played on a specially curved table, known as the Teq Table. With an estimated amount of 2000 players in more than 100 countries and 3 World Championships organized (2017, 2018, 2019), the sport particularly fascinates a new generation of athletes, including professional footballers and amateur enthusiast. Some of the famous Teqers are Ronaldinho, Diego Maradona, Lionel Messi, Michael Owen and many among others.

Teqball shall be played between two (singles) or four players (doubles), irrespective of gender. The sport follows a points-based scoring format and can be played on various surfaces such as sand, acrylic or indoors.  Teqball allows players a maximum of three touches before returning the ball to the opponent.

Further details on Teqball can be found on the Official Website of Teqball.

With the collaboration of Fiteq, The Mauritius Olympic Committee is pleased to introduce Teqball in Mauritius. A spectacular launching event will be held on the 28th of November 2020 at La City, Trianon from 10am onwards. The aim of the event is to help the public to better understand Teqball whereby there will be demonstrations, giveaways, games and many among others.

You are all invited to join us in the launching event.