Courtesy visit of the the Ambassador of the People’s Republic of China to the Republic of Mauritius Mr. Zhu Liying. 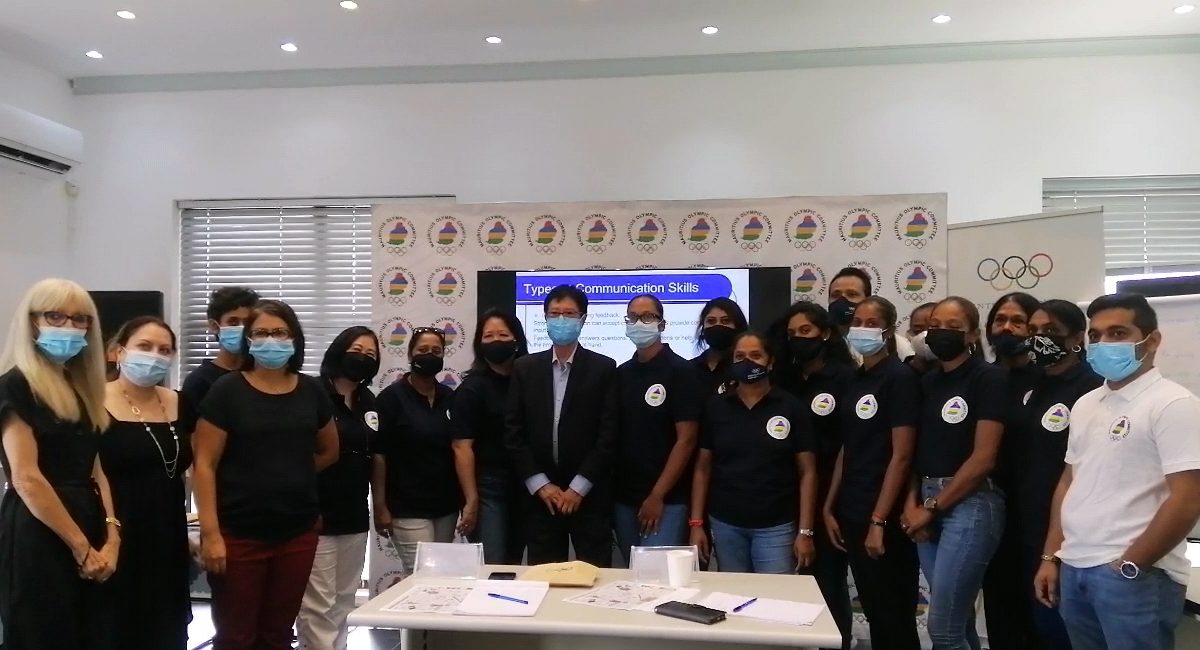 As the leader of the Olympic Movement, the International Olympic Committee is taking continuous action to advance gender equality. The IOC has been encouraging and working with National Olympic Committees and International Federations to increase female participation at the Olympic Games and working to address inequalities through leadership development, advocacy and awareness campaigns, and appointing more women to leadership roles within the administration and key governance positions.

To join the initiative implemented by the IOC and advance gender equality, on Saturday 26 February 2022, the Mauritius Olympic Committee has hold its Women and Sports Commission Seminar, with the assistance of the 4th Vice President of the MOC, Mrs. Aarti Desscann. The President of the Mauritius Olympic Committee, Mr. Philippe Hao Thyn Voon also underlined his commitment to increasing the participation of women in sports and leadership roles.