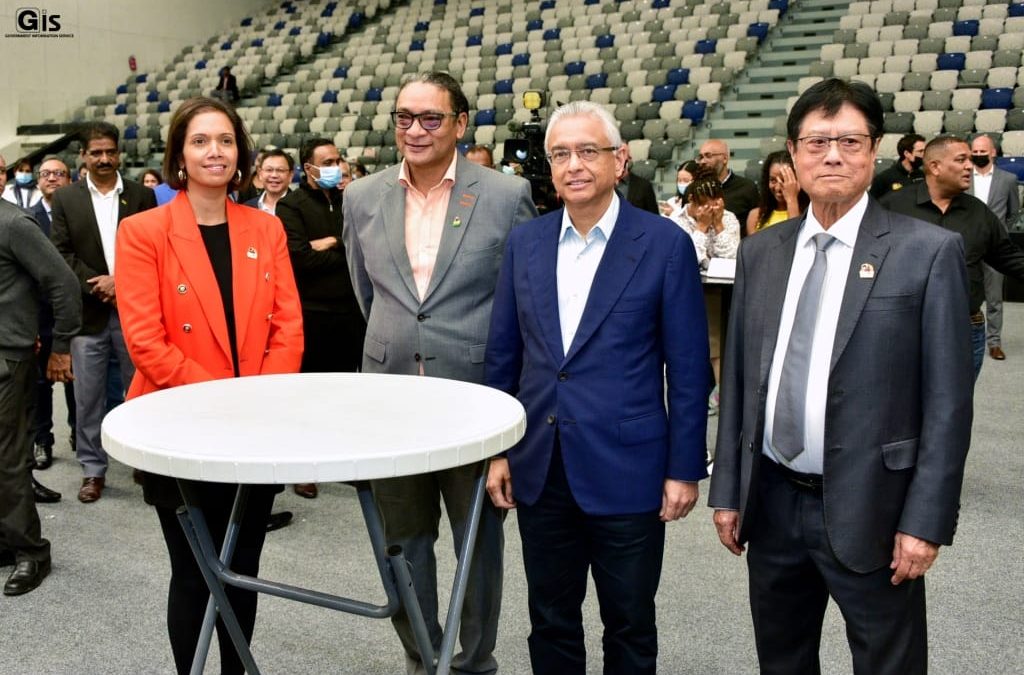 The Prime Minister, Hon. Pravind Jugnauth was present at the gathering of the Mauritian delegation for the Commonwealth Games (July 28-August 8), which was held on Wednesday evening in Cote d’Or. During his speech for the occasion, the head of government emphasized that his presence is to provide moral support to our athletes, who will be engaged in the British meeting. “Let’s raise the Mauritian Flag High. We are proud to participate in this major sporting event, with a number of 62 athletes. I know how hard the preparation was. I wish our representatives good luck,” he said.

Hon. Pravind Jugnauth recalled that the government provides all its support and the best possible supervision to the athletes. He, then, congratulated the new local sprint king, Noa Bibi for his recent performances.

The head of government, also, expressed his wish to have a healthy population. And for this, he asked the sportsmen to be an inspiration and to encourage Mauritians to practice a sport or a physical activity.