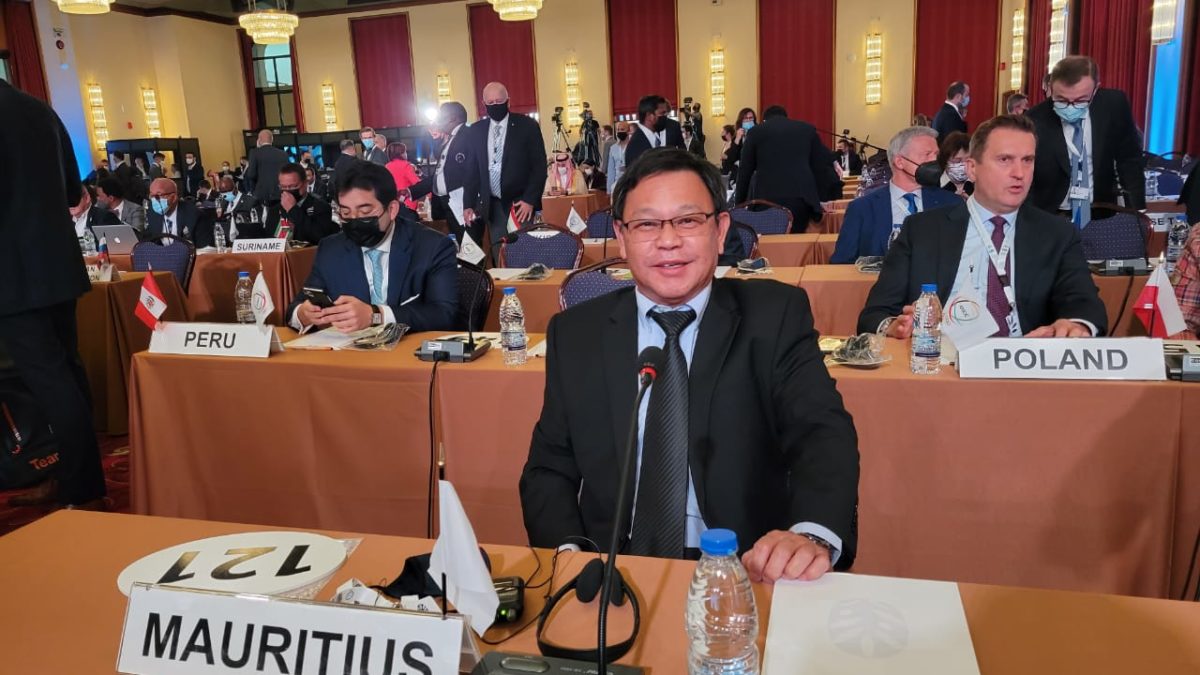 The XXV Association of National Olympic Committees General Assembly and ANOC Awards 2021 was held in Crete,
Greece to celebrate the outstanding achievements of athletes from the Olympic Games Tokyo 2020.
The General Assembly united the Olympic Movement with NOCs joined in person and online by representatives from
the IOC, International Federations and Organising Committees at the Creta Maris Beach Resort.

The Mauritius Olympic Committee wishes to express their heartfelt thank you to ANOC for acknowledging and
recognizing these achievements as well as all the fans, friends and followers of the MOC across all our social media
platforms.